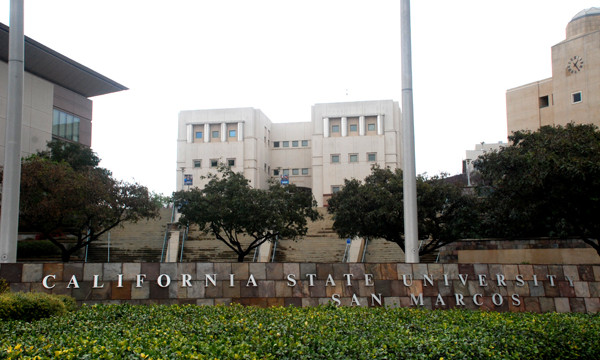 Back in February, Productive Computing's CEO, Marc Larochelle, was invited to speak to the Association for Computing Machinery (ACM) club at California State University San Marcos.

During his talk, Marc showcased the FileMaker platform, including the numerous connection points to other database systems, technologies, and plug-ins. He also explored the new FileMaker Cloud hosting option that is available through Amazon Web Services (AWS).

As a live demonstration of the capability of FileMaker, Marc created a database that would track a list of member names and the group attendance across the school year. The database featured a dashboard that displayed the data - complete with graphs and charts. Marc accessed this database on a desktop, iPad, and via the web - showcasing the variety of access points available with FileMaker Pro, FileMaker Go, and FileMaker WebDirect and just how quick it is to create and deploy an app.

The president of the ACM club, Omid Azodi, remarked, "After taking a database course, I can see how powerful FileMaker is, how visual it is, and that it is low on the coding side for queries, etc. All the students I talked to really enjoyed the demo and learned a lot from it."

One of the goals of the speaking engagement was not only to expose students to FileMaker, but also to expose them to Productive Computing as a potential employer. Productive Computing has hired over half their staff from local universities. Five of their current 15 employees were hired from Cal State San Marcos.

When asked why he enjoys these types of presentations, Marc said, "As a resident of North County for over 25 years, I love this place and I want to give back in any way that I can. We work hard to hire local talent from our universities, and we make a point to do these kinds of presentations – because it not only showcases the FileMaker platform to a new generation of developers, but it also demonstrates to students that the skills they are learning in their classes have a very real, direct application once they graduate. Productive Computing believes in investing in its community and supporting the strong economy in North County."

"When I was going to school back in 2012, I had the opportunity to see Marc present on FileMaker. I was really intrigued and approached him after the presentation to inquire about employment opportunities. Productive Computing allowed me to work part-time while I was in school and then I had a full-time job waiting for me when I graduated." Chris, plug-in developer.

The transition from school life to the "real world" can be difficult for students, many wonder what a typical day in the life of a career professional looks like or if they will be able to apply the skills they have learned in school to their daily jobs. Francis, who graduated in 2015 with a B.S. in Computer Science, reflected that many of the classes he took at California State San Marcos have helped him perform his job at Productive Computing. "Intro to Networking helped me with basic troubleshooting techniques and my Database Management Systems class taught me about working with general database systems and how to develop ERDs (entity-relationship diagrams) to plan out and design databases - especially FileMaker and SQL."

"While the classes I took at Cal State provided me with a great ground work of valuable knowledge, the one real takeaway from CSUSM was that my classes always put an emphasis on working as a team to accomplish something." Francis remarked. "That's something that I find is a big part about working here at Productive Computing. You will hear everyone in the office asking each other questions and tapping into one another's knowledge and experience to help come up with the best possible solution for a given issue."

Our solutions architect and main hosting engineer, Jeff, was an active member and officer of the ACM club during his time at CSUSM and attended two presentations by Marc Larochelle during his four years there. "I was pretty amazed by the capabilities of FileMaker 12 when I attended Marc's first presentation. Then, a year later, Marc and Chris returned to present the latest features of FileMaker 13 and demonstrated how quickly a developer could create and deploy a solution that was accessible via FileMaker Go. When the ACM club hosted a job fair for the Computer Science community, Productive Computing was the first company that I gave a resume to. Within my first month working with FileMaker, I was working on client solutions doing custom development for desktop and mobile environments. FileMaker, in my opinion, is a simple to learn platform with great scalability and almost endless opportunity."

Reflecting on his education at CSUSM, Jeff commented, "While I was a student, I took a job as a learning assistant and grader for the Data Structures course. Reviewing code written by other students was an eye-opening experience. I graded so many different solutions for a single problem that it made me realize there are always new ways to improve existing code, schema, or design. This realization drives me to solve problems and build solutions that bring Productive Computing's products to the next level. Efficiency is key and I'm always looking for better ways to process data, enhance user interfaces, and strengthen workflows."

When asked about his hiring practices, Marc said, "Keith and I are so proud and lucky to be in a position to offer career opportunities for computer science graduates from universities right in our own backyard. It has been so satisfying to watch these candidates go from being a college student to a first-time career employee in a job that is in-line with their degree. Our training program, which gives new developers the ability to learn FileMaker quickly, allows us to offer full-time positions to graduates right out of college, whereas other high-tech employers are typically only able to provide an internship to the same college grad.

"There’s really nothing more rewarding than seeing the next generation of FileMaker developers come alive with the same enthusiasm and inspiration I first had when I learned FileMaker back in 1991."